The club is run by a volunteer committee, chaired by Ubaid-ul Rehman and comprising organisers of individual nights, who are currently:

If you have any queries or comments, please speak to any of the committee in person or email us at committee@goslingslondon.com

The running of our club is governed by our Constitution, supported by our Standards of Behaviour

If you have feedback for us, please feel free to raise this with a Committee member, either at a session or via email. If you would like to make a formal complaint about the club or anything you have experienced at our sessions, please see our Standards of Behaviour and Complaints Policy for details on how to make your complaint.

Goslings has its origins in 1976, as an informal gathering of gay swimmers on Mondays at the Oasis Pool in High Holborn. In 1982, the group succeeded in getting private hire of the Oasis on Thursdays, as part of the Gay Outdoor Club (GOC). In 1985, the swimming club became independent of GOC, and the name Goslings was adopted (as Gay Outdoor Swimming London-ings). 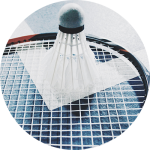 The vicious winter of 1986-7 caused the Oasis to close both of its pools, and the Goslings were instead offered use of the sports hall, and decided to play badminton. This proved popular and soon became a second club activity, and over time we expanded to the current number of club nights. 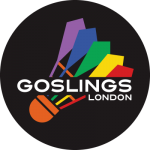 In April 2012, our swimmers rejoined GOC, and Goslings became a club focused exclusively on badminton.